In the past eight years, Bill and Hillary Clinton earned a combined $109 million, with the former president collecting nearly half of that money as a speaker hired at times by companies that have been among his wife's most generous political supporters.

After leaving the White House, the Clintons earned $30 million from their best-selling books and brought in as much as $15 million more through an investment partnership with one of her top presidential campaign fundraisers, California billionaire Ronald Burkle. The disclosures came with yesterday's long-awaited release of the Clintons' joint tax returns, a move made in the thick of Sen. Clinton's fight with Sen. Barack Obama (Ill.) for the Democratic nomination.

Sen. Clinton (N.Y.) initially resisted making her family's finances public, but pressure on her to match Obama's disclosure grew in February when she disclosed that she had dipped into her personal account to lend her campaign $5 million.
The tax returns illustrate the rags-to-riches story of a couple who came to the White House from Arkansas with modest means and left facing an estimated $12 million in legal debts rung up during investigations of the Whitewater land deal, campaign fundraising and the Monica S. Lewinsky scandal. As she entered the Senate and he left the political spotlight, the Clintons transformed themselves into a successful global brand.

"We've come a long way from Harry Truman," said Leon E. Panetta, a Clinton administration official who now directs the Panetta Institute for Public Policy, referring to the "man from Missouri" who left the presidency to live a modest lifestyle in his home state. "In many ways, it is becoming the American story. A lot of people who have devoted their lives to public service, who lived hand-to-mouth during months of public service, are suddenly able, after public life, to find some rewards."

The Clintons paid $33 million in federal taxes during the eight-year period and donated $10 million to charity, said Jay Carson, a Clinton campaign spokesman. "The Clintons have now made public 30 years of tax returns, a record matched by few people in public service," he said.

A common thread running through the couple's personal finances is the presence of many of the same figures who helped bankroll the presidential campaigns of Bill Clinton, and now that of his wife.

Major donors to both Clintons' White House bids hired the former president as a consultant, joined him in lucrative investment ventures and paid him six-figure sums to speak at corporate gatherings.

The considerable crossover between the couple's decades of political fundraising and their personal profit also extended at times to the former president's charity work and his presidential library, though many records related to those remain secret. What is clear is that numerous financial patrons -- individuals as well as large corporations -- repeatedly emerge in the Clintons' circle.

Chief among them is Burkle, the founder of the Yucaipa investment firm, who not only has provided Bill Clinton with a hefty source of income during his post-presidency but also ranks as one of Sen. Clinton's "Hillraisers," a title given to those who raise more than $100,000 for her presidential bid. Burkle has held fundraisers for her at his Beverly Hills estate, and also made six-figure donations to independent political groups, such as Emily's List, that are supporting her.

The tax returns show Bill Clinton's partnership with Burkle, at various arms of his Yucaipa firm, yielding in excess of $1 million a year, starting in 2003. In 2005, Clinton collected $5 million from those investments, and more than $2.5 million in each of the past two years. The former president served as a senior adviser to the private firm, helping Burkle land investors and identify business opportunities. The Wall Street Journal reported that Clinton started to unwind the relationship earlier this year and could ultimately receive a payout worth about $20 million.

Another recurring character is InfoUSA founder Vinod Gupta, who has contributed to the Clinton library, donated money to Sen. Clinton's White House bid and hired the former president as a consultant. Last year, InfoUSA paid Bill Clinton $400,000. Legal papers that surfaced last year showed that he earned more than $3 million from the firm, which sells consumer data to telemarketers and other businesses.

The former president's speaking career also gave supporters opportunities to boost the couple's bottom line. Even as Sen. Clinton campaigned for office, her husband earned more than $10 million for his speeches. But the tax returns do not reveal who hired him to speak.

Sen. Clinton's financial disclosure forms have offered a glimpse into her husband's speaking career and the nexus between his clients and her campaign donors. The New York investment giant Goldman Sachs paid him $650,000 for four speeches in recent years. (NWN: For services rendered !)

Its employees and its political action committee have donated more than $440,000 to the senator's presidential campaign, putting the firm second on the list of her most generous political patrons, according to the Center for Responsive Politics.
In 2005, Bill Clinton averaged almost a speech a day -- 352 for the year -- though only about 20 percent were for personal income. On one day in Canada, he made $475,000 for two speeches, more than double his annual salary as president.

The banking firm Citigroup, whose employees and PAC rank third among Hillary Clinton's campaign donors, with more than $388,000, paid her husband $250,000 for a speech in France in 2004. In 2006, the firm committed $5.5 million to the Clinton Global Initiative, which encourages entrepreneurship and financial education among the poor.

While the tax returns offer the most illuminating look to date at the Clintons' finances, the picture is incomplete. They sought an extension for their 2007 return and disclosed a breakdown compiled by their tax attorney.

NWN: "It's easier for a camel to get through the eye of a needle, than for a rich man to get into the Kingdom of Heaven".

But in the Clintons case, they are both corrupt numbsculls, who have knelt to Zion and big business. Blair will have done the same. While in power, they have sold their influence to big and corrupt business.
at April 05, 2008

Does Monica Lewinsky get any ?

How much has pisspants Sid made off of the BPP these last few years?

quite a bit I bet - enough to fund a holiday for hihs half-caste kids.

He spends the lot on beer and kebabs - his dole money doesn't cover his drink.

He is obscenely fat

Martin Webster gives marxist George Galloway some home truths Webster has been one of the most articulate opponents of the coloured ... 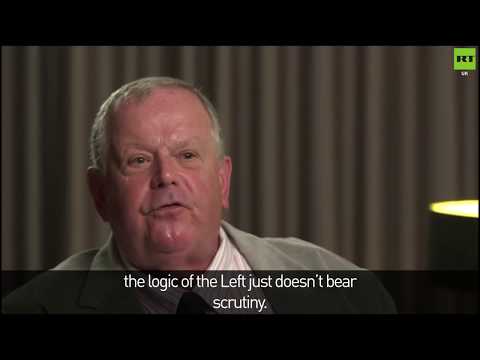 Our very own forum: http://nwnationalists.freeforums.org/index.php